It is 8 weeks since launching my Pledge project and beginning promotion for Undercurrents. I have been enjoying seeing some reviews coming in and hearing tracks on the radio. I thought I would do a bit of a round up here in case you missed some of my posts on facebook and Twitter.

Lots of tracks have been played on many regional stations throughout the UK and BBC Radio Scotland including, Tiompan, The Iain Anderson Show and The Late Show with Cherrie McIlwaine where Undercurrents was album of the week. More on my BBC artist page… Some of these shows are still available to listen to, so if you missed them you can tune in and hear some tracks from the album.

Different Dimensions was Song of the Day on Folk Radio UK and I’m really looking forward to reading their review which is being posted on the site soon. I have taken part in some interviews with Pledge Music, Creative Scotland, and Americana-UK  and there have been some great reviews from Scots Whay Hae, Folk Words, and Sonic Bandwagon with lots more to come! If you want to stay up to date you can follow me on Twitter and facebook.

Sound quality is very important to me and so I am delighted to say that Undercurrents has been encoded into a brand new streaming format which is being launched by Meridian Audio called MQA: Master Quality Authenticated.

I heard some of the MQA tracks in London last week, and the songs sounded expansive and rich like they did in the studio, with absolutely no loss of quality. Normally it is only the artists and producers that get to hear music in this way but this new format is going to be available for everyone to hear soon!

Really happy to say that Undercurrents will be part of the promotion of MQA as it is being introduced to the industry, alongside some other great music which I am looking forward to discovering. 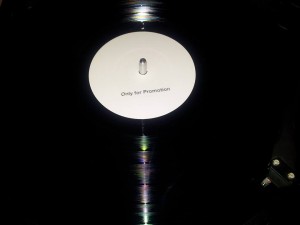 And speaking of great sound quality, I received the test pressing from Diverse Vinyl for Undercurrents and am overjoyed at the brilliantly mastered and lovely sounding vinyl!

You can also hear this lovely vinyl record for the very first time at Loud & Clear HiFi Edinburgh on February 6th 2016 . Hear the crystal clear audio on the highest quality system followed by a short Q&A with the audience. Doors open at 6.30pm so come early and have a glass of wine with us before the playback begins! Tickets are available through my Pledge project and  includes refreshments + free entry to the album launch party  at The Voodoo Rooms in Edinburgh on 25th February!

I think this may have been my longest blog post ever! Still, there is lots going on.  I hope you are all well and I am looking forward very much to sharing this album with you and releasing it on 19th February 2016.